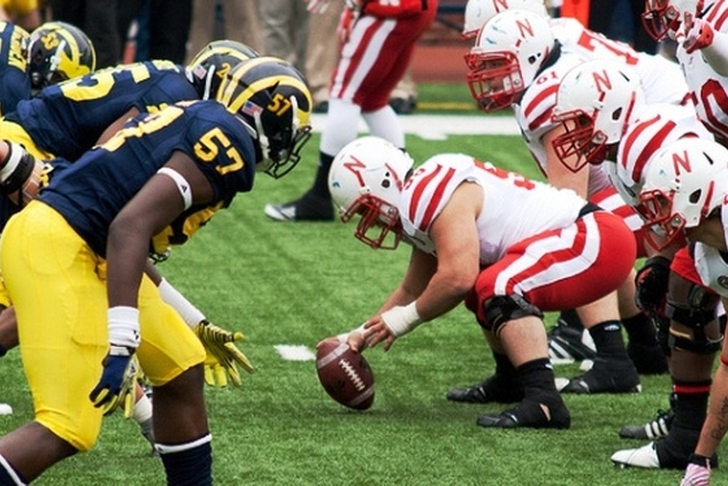 Each year, there are several college football teams that play schedules that are criticized for being too easy. So which major college football programs have the easiest schedules this year? This list is based on ESPN's Football Power Index, which features a strength of schedule rating.

The results are a bit surprising, and the bottom five teams all come from the Big Ten. That's a clear indication that FPI doesn't value the Big Ten very much, and that these five teams don't play a very challenging non-conference schedule. With that in mind, here are the 5 Weakest Schedules Among Power 5 Conference Teams In 2016:

5. Nebraska Cornhuskers
Nebraska has games against Oregon and Ohio State, but that's balanced out by not having to play Michigan or Michigan State. The other two non-conference games are against Frenso State and Wyoming, two teams that won a combined five games last year. For more college football coverage, download the Chat Sports app!

4. Maryland Terrapins
Unlike several teams on this list, Maryland plays Ohio State, Michigan and Michigan State this year. But Maryland's non-conference scheduled is a breeze. The Terrapins play Howard, FIU and UCF next year. UCF didn't win a game, and Howard is an FCS program that won just one game last year.

3. Purdue Boilermakers
Purdue has non-conference games against Eastern Kentucky, Cincinnati and Nevada next season. That's not a terrible non-conference slate, but the Boilermakers miss out on the Big Ten heavyweight this year. They don't play Michigan, Michigan State or Ohio State. Even the easy schedule might not be enough to get the Boilermakers to a bowl game after they posted a 2-10 record last year.

2. Michigan Wolverines
Michigan likely makes this list because of its non-conference schedule. The Wolverines host Hawaii, UCF and Colorado next season. Those schools won a combined seven games last season. Even games at Ohio State and Michigan State weren't enough to boost Michigan.