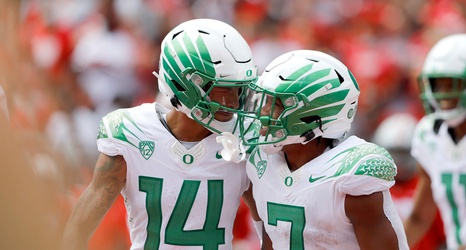 The possibility that No. 3 Ohio State will not play a leading part in deciding this year's College Football Playoff suddenly exists after No. 11 Oregon's dominant running game and late interception keyed a 35-28 road win.

That being said, there is precedent for an OSU rebound after an early-season loss.In 2014, the Buckeyes lost in September at Virginia Tech and then won out to claim the national championship in the debut year of the playoff format.

But now the Buckeyes find themselves playing from behind while Oregon surges to the forefront of the postseason race.