Will Memphis live up to the hype in 2021-22? College basketball coaches weigh in 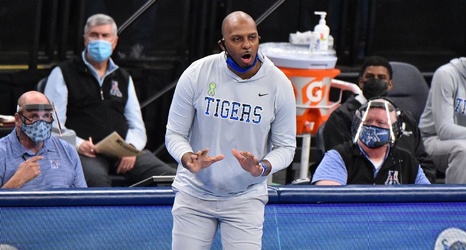 It's rare to see a team miss the NCAA tournament, lose four of its top seven players and then be considered a preseason top-10 team the following year.

But the 2021-22 Memphis Tigers are anything but common. While they did miss the NCAA tournament, they won the NIT and would have likely heard their name on Selection Sunday, had one of their one-possession losses to Houston in early March gone the other way. They did lose several key rotation pieces, but they reloaded in the spring with three Power-5 transfers -- including potential first-round pick Earl Timberlake -- and had a solid recruiting class featuring two ESPN 100 prospects.