Will high school basketball phenom Emoni Bates really play at Michigan State? If so, when? 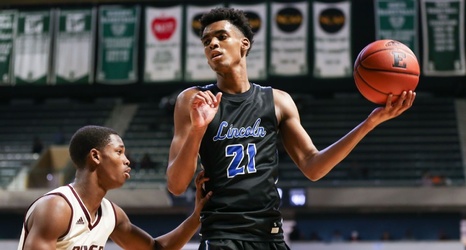 Emoni Bates, considered one of the best high school prospects since LeBron James, announced Monday that he will attend a new prep school launched by his father, Elgin, before playing at Michigan State. "I'm not sure what the future may hold, but as of right now I'll be committing to Michigan State University," Bates said on SportsCenter.

There are a lot of moving parts. Bates has always been viewed as a prep-to-pro candidate, unlikely to ever play a minute of college basketball.