Who is true freshman QB expected to step in for Clemson with Trevor Lawrence out due to COVID-19? 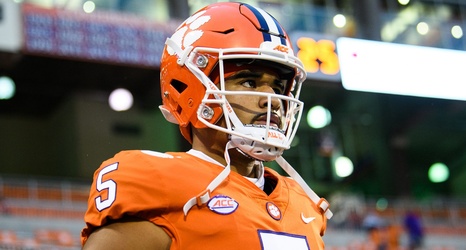 With star quarterback Trevor Lawrence sidelined for at least Saturday's game against Boston College after testing positive for COVID-19, Clemson is expected to turn the offense over to another former five-star prospect who ranked among the nation's best players in his recruiting class.

Since verbally committing in May 2019, Uiagalelei has been identified as Clemson's quarterback of the future once Lawrence leaves for the NFL.