'We're going to try to go after it': Shaka Smart is ready to win again at Marquette 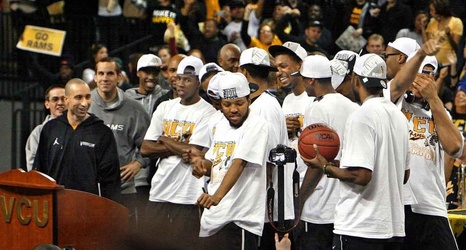 On a sultry August day, Marquette's new head coach, Shaka Smart, stood outside the Al McGuire Center, the team's practice facility, and surveyed the scene. Cars whizzed by the private Jesuit university in downtown Milwaukee as first-year students in masks stared in confusion at campus maps and grappled with directions in their new surroundings.

Smart, who arrived at the Big East school in March after six seasons at Texas, is not unlike those freshmen.

Although he grew up in the town of Oregon, Wisconsin, about 90 miles west of Milwaukee, he's still finding his way around his new town.