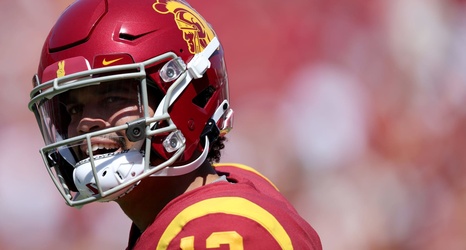 Caleb Williams and the USC Trojans started off the 2022 campaign on a high note, defeating the Rice Owls 66-14 on Saturday at Los Angeles Memorial Coliseum.

The game marked Williams' first-ever start for the Trojans. The 19-year-old, who spent his freshman season at Oklahoma, entered the transfer portal in January, shortly after it was announced that the Trojans had hired Lincoln Riley as their next head coach.

Riley had spent five seasons as head coach of the Sooners from 2017 to 2021, and he coached Williams as a freshman. Williams played 11 games for Oklahoma last season, completing 64.