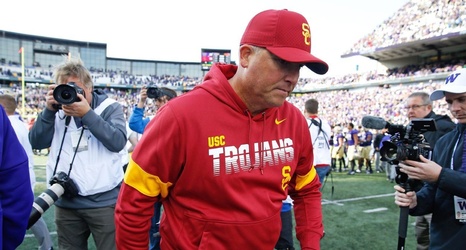 LOS ANGELES -- One of USC athletic director Mike Bohn's first official acts on the job will be to evaluate a struggling football program and its embattled head coach.

But during his introductory news conference on USC's campus Thursday, Bohn said it was too early to discuss anything pertaining to the future of Clay Helton's job or the direction of the football program.

"We all understand the importance of football; it's very similar to every institution that I've been a part of," said Bohn, who came to USC from Cincinnati. "It'd premature to be talking about coaches or any situation when I just arrived and am in the process of learning and trying to listen.