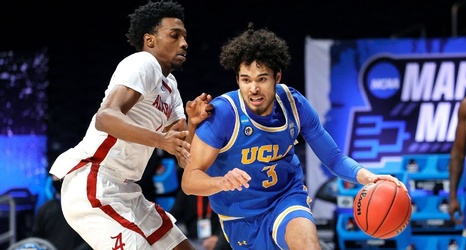 UCLA sophomore Johnny Juzang is entering the 2021 NBA draft, but will maintain his college eligibility and retain the option to return to school, his father told ESPN Tuesday.

Juzang, the No. 50 prospect in the ESPN 100 NBA draft rankings, was named second-team All-Conference in the Pac-12 after a productive season in which he averaged 16 points and 4.1 rebounds for UCLA, shooting 35% on 3-pointers. Juzang exploded in the NCAA tournament, scoring 137 points in six games, the second-highest figure in UCLA history after Gail Goodrich in 1965.