'Tyler's here with us': South Carolina QB Ryan Hilinski plays for his family 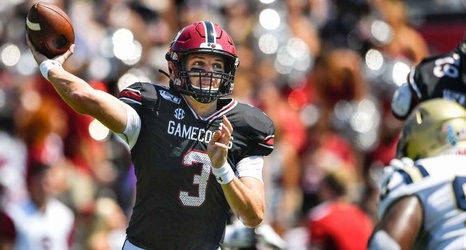 COLUMBIA, S.C. -- When the South Carolina Gamecocks raced out of the tunnel Saturday morning for their game against Charleston Southern, freshman quarterback Ryan Hilinski led the stampede, right fist in the air.

When Kym Hilinski saw her son at the front of the charge, she yelled, "Go big, Ty!"

Once she realized what came out of her mouth, Kym crumpled to her seat. And she didn't yell again for a long time.

"I really think I was yelling for both Ryan and Tyler," Kym said later.

Were Ryan playing only for South Carolina, carrying only the burden of being an 18-year-old freshman leading an SEC offense, his performance Saturday would be the stuff of instant legend.