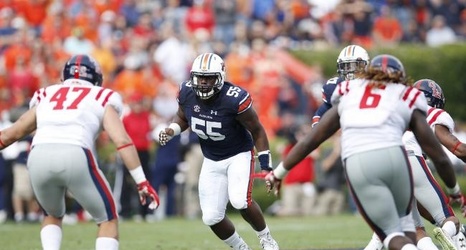 The No. 3 Clemson Tigers remained undefeated Saturday with a 45-10 road victory over the Louisville Cardinals at Cardinal Stadium in Louisville, Kentucky.

Clemson improved to 7-0 overall and 5-0 in ACC play on the season, while Louisville dropped to 4-3 with a 2-2 mark in conference games.

While sophomore quarterback Trevor Lawrence had an up-and-down day for the Tigers, running back Travis Etienne ran wild, and the Clemson defense shut the Cardinals down to the tune of 263 total yards allowed and three turnovers forced.

Dating back to the 2017 season, Clemson has now won 21 consecutive games.