The College Football Playoff Is Set, and L.S.U. Is No. 1 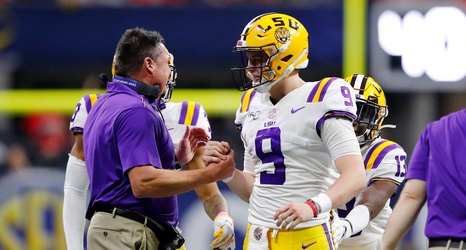 The potential for chaos has given way to certitude: Louisiana State, Ohio State, Clemson and Oklahoma will compete for a national title after their selections on Sunday for the College Football Playoff.

The season’s semifinalists, announced after the conference championship games and deliberations by a 13-member committee, made official that the playoff would include a trio of undefeated teams for a second straight year. And with a host of blue-chip programs damaged by at least two losses each, the committee’s picks also appeared more immune than usual from the bickering that has so often surrounded college football’s postseason.