The best games, players and moments from an unforgettable FCS spring season 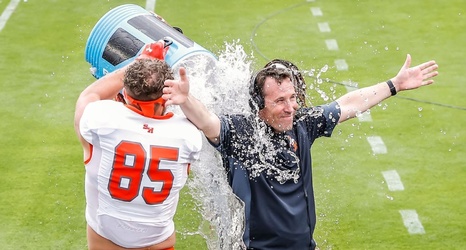 The longest football season in the history of the world began and ended at the FCS level, from Central Arkansas' 24-17 win over Austin Peay on Aug. 29 to Sam Houston's thrilling 23-21 victory over South Dakota State in Sunday's national title game. With a majority of the FCS action taking place in an unprecedented spring campaign, let's commemorate this odd spring by looking back at the best games, most fun players and some final takeaways.

Note: The next two sections are specifically focused on spring action. Apologies to players such as Houston Baptist's Bailey Zappe and games such as HBU-Texas Tech, which would have made these lists if the fall schedule had been included.