The Best CFB Comeback Wins in the Last 10 Years, Part 2 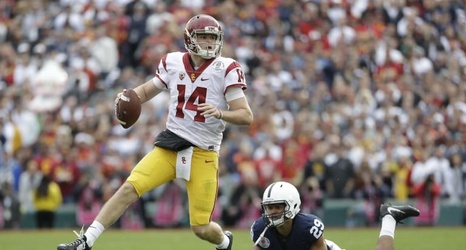 Last year, Bleacher Report looked at a handful of the decade's best comeback wins in college football, and it was a list full of memorable moments.

But a sport with this kind of dramatic action can't stop at five, can it? There have been many more exciting, frenetic, come-from-behind wins than that.

Some happened on small stages but were still memory-makers. Others occurred in front of a national audience in big-time bowl battles. The only requirement for inclusion is the comeback had to be at least two touchdowns.

Sure, massive point barrages warranted major consideration, but overcoming the biggest deficits wasn't the only factor.