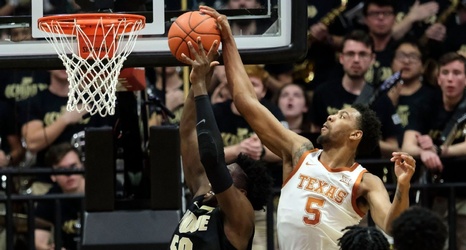 On the first weekend of the season, college basketball had to share the limelight with a different revenue sport and a certain game in Tuscaloosa that produced 87 points of its own. Nevertheless, there was certainly no lack of drama or news on the hardwood.

Here are this season's first hot takes that (I think) I can prove:

Shaka Smart has a program with length, depth, perimeter range ... and Luke Yaklich

Texas has had an exceptionally strong recruiting run under Shaka Smart, sending Jarrett Allen, Mo Bamba and Jaxson Hayes into the first round of the NBA draft as one-and-done players over the past three years.