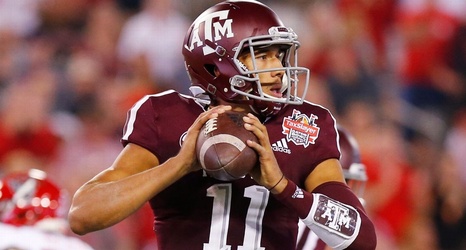 Texas A&M quarterback Kellen Mond is considered an intriguing Day 2 option for teams out of reach of the top quarterbacks in April's draft.

"There's upside there," said one longtime NFC scout. "If anything I would have liked to see him let loose a little more."

And teams are doing their research on the four-year starter. Texas A&M coach Jimbo Fisher tells ESPN that he's had extensive talks with about 10-to-15 teams about Mond. Those teams value his experience, ability to lead and win games, Fisher said. Mond helped A&M win 32 games on his way to a school-record 9,661 passing yards with 71 touchdowns and 27 interceptions.