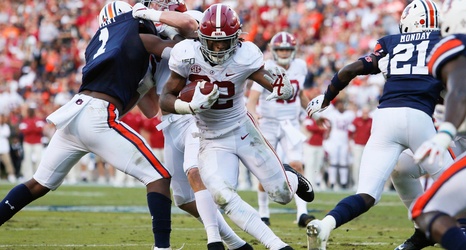 The SEC will join two other Power Five leagues in playing conference-only games during the coming football season should teams be able to compete amid the ongoing COVID-19 pandemic, the conference announced Thursday.

Teams will play a 10-game schedule against fellow SEC opponents with the season set to begin on Sept. 26, nearly a month later than originally planned. In the wake of similar moves from the Big Ten, Pac-12 and ACC, the decision by the SEC ensures that the 2020 season will be drastically different than ever before.

The conference championship game, held in Atlanta, will be moved from Dec.