Sean Sutton on Eddie Sutton documentary, dad's life: 'You can't tell the good without the bad' 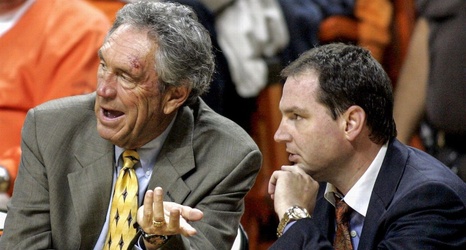 On Monday night, ESPN will air EDDIE, a documentary about Eddie Sutton, the legendary college basketball coach who was elected to the Naismith Memorial Basketball Hall of Fame less than two months prior to his death in May. He was 84 years old.

Sutton's life was marked by his glorious achievements on the court and his struggles beyond it. He was the first coach to take four different programs to the NCAA tournament. He reached the Final Four three times. And he's one of the winningest coaches in Division I history with 806 victories in a career that spanned 37 seasons.