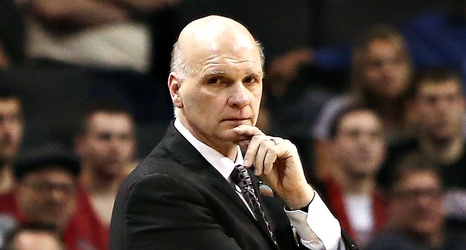 Saint Joseph's has parted ways with head coach Phil Martelli after 34 years at the university, it was announced on Tuesday.

Martelli, 64, had been the head coach of the Hawks since 1995 and was an assistant coach for the previous 10 seasons.

"Today, Saint Joseph's announced its decision to make a leadership change in its men's basketball program," the school's release stated. "The University will immediately begin a search for a new head coach, with the goal of filling the position in the coming weeks.

"Coach Phil Martelli stands out among his peers in college basketball not only for his long tenure and the many accolades that he and his teams have achieved, but also for his engagement with the community and his service as an ambassador for SJU.