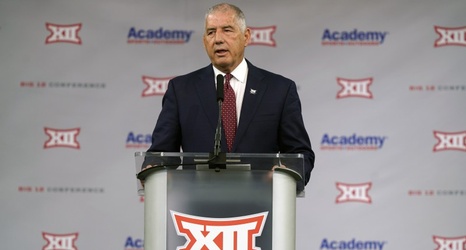 UCF, BYU, Cincinnati and Houston are all planning to submit applications to join the Big 12, which is looking to regroup after news emerged that Oklahoma and Texas plan to join the SEC.

Sports Illustrated reported that the applications are expected to be in next week, and approval could happen as soon as Sept. 10, when the Big 12 presidents are scheduled to meet.

As for how the league structure might work, SI wrote the following:

In this scenario, the four teams will join the league by 2023 or, at the very latest, 2024, and may even compete alongside Oklahoma and Texas before those two powerhouses depart for the SEC, making for a couple of awkward seasons in a 14-team Big 12.