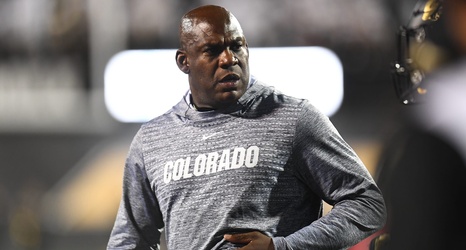 Michigan State reportedly is set to hire Colorado football coach Mel Tucker, which would end a wild seven-day search to replace Mark Dantonio, who abruptly and surprisingly retired on Feb. 4 after 13 seasons.

Tucker, 48, reached an agreement in principle to become the Spartans’ 25th head coach, according to The Athletic's Bruce Feldman, barely three days after Tucker interviewed with MSU's search party and announced he was staying with the Buffaloes for a second season.

Contract terms were not immediately available. Tucker's buyout dropped to $3 million on Dec. 31, per his five-year contract with Colorado.