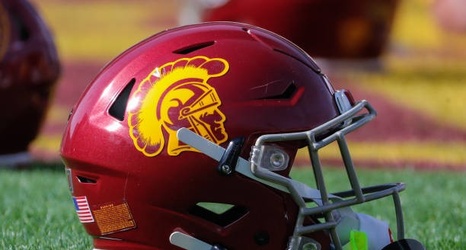 A man managed to field punts with the USC football team after sneaking into practice earlier this week.

In a report from Scott Wolf of Inside USC that was confirmed by Fox Sports analyst Petro Papadakis, the man did more than just get onto the field, including sharing a jacuzzi with some players inside the practice facility and eating at the team's dining facility.

Wolf noted the man, who reportedly is known to USC security, was able to "blend in with the football players because he looks their age and could say he is a walk-on.