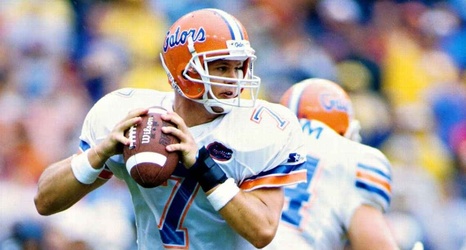 It's been nearly 25 years since the Head Ball Coach, surrounded by a sea of triumphant Florida players, coaches and cheerleaders, stood on the turf at a raucous Louisiana Superdome and repeated one of his favorite sayings.

The son of a Presbyterian minister, Spurrier routinely offered divine thanks after a big Florida win. But this was more than just a big win. It was a win that brought the Gators their first national championship. And even more satisfying, it came over bitter rival Florida State in a 52-20 clobbering (one of Spurrier's favorite words for a beatdown) in the Sugar Bowl a month after the Seminoles had edged the Gators 24-21 in the regular-season finale.