Opinion: The Big 12 is in big trouble and other takeaways from college football's Week 4 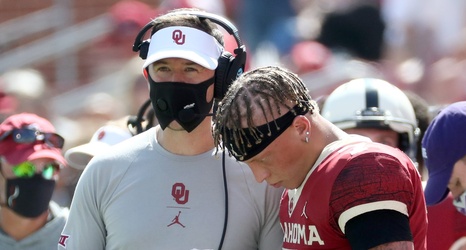 Way, way back in mid-August — in pandemic time, six weeks feels more like six months — the fate of the entire college football season was in the hands of the Big 12.

At that point, the Big Ten and Pac-12 had already announced they were going to shut down fall football and try to play in the spring. The SEC and the ACC, meanwhile, seemed pretty dug in on trying to pull it off in the fall. But those two conferences trying to go it alone among the Power Five was probably not going to work. They needed the wobbling Big 12 to give them a quorum, so to speak, that would allow a legitimate season to happen.