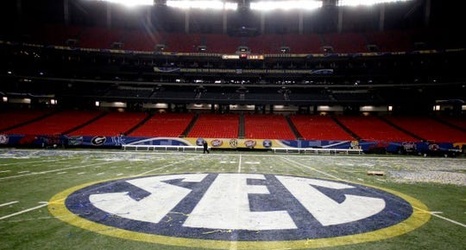 As the Southeastern Conference convenes this week for its annual genuflection convention otherwise known as Media Days, two under-the-radar story lines from this offseason should start getting more attention.

The first is a clear ramping-up of non-conference scheduling by some of the top programs, albeit with games several years into the future. The second is a recent announcement of athletic department budget cuts at Ole Miss and Auburn, whose spending had ballooned over the last half-decade as SEC Network money started rolling in.

It’s hard to ignore how these two trends are both related and significant in looking at the whole of college football.