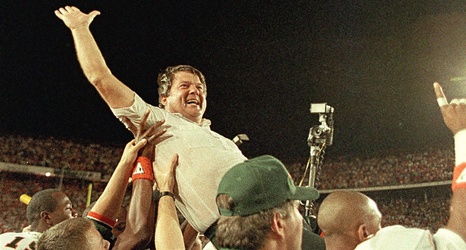 It's been a hard three and a half months without sports. But in the absence of games and practices, Mississippi's athletes and coaches did more to help create change than ever before.

Mississippi Gov. Tate Reeves signed a bill Tuesday evening that mandates the removal of the state flag and bans future use of the Confederate emblem. Years of grassroots efforts and statewide activism went into ensuring Mississippi was no longer the only state to include the emblem of the Confederate battle flag on its flag. The politicians, lobbyists and everyday citizens who fought to make this change happen deserve plenty of credit for persisting and persevering.