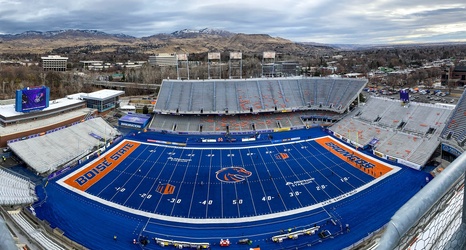 ANAHEIM, Calif. — Maybe this is all just one big Bronco bluff. Maybe the complaint Boise State filed last week in an Idaho court against the Mountain West Conference alleging bad faith and breach of contract is just a ploy to get back to the negotiating table so that they can keep their sweetheart television deal in perpetuity. Maybe all the posturing and loaded language about considering their options is as phony as a piece of blue turf.

But this much is true: Boise State’s grievances with the Mountain West are now adding up, culminating with the league’s plan to eventually phase out the special financial treatment the Broncos have enjoyed as the ink dries on a new television contract with Fox Sports and CBS.