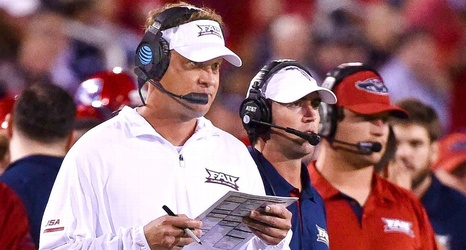 The Lane Train is headed back to the SEC.

Ole Miss confirmed Lane Kiffin has signed on to become the Rebels next coach on Saturday, shortly after he led Florida Atlantic to its second Conference USA championship in his three seasons as coach with a 49-6 win over UAB.

Kiffin, who informed FAU's team of his move following the game, recorded 10 or more wins in two seasons and finished with a 26-13 record. The Ole Miss job will be the fifth head-coaching job for Kiffin, 44, who also coached Tennessee, USC and the NFL's Oakland Raiders.