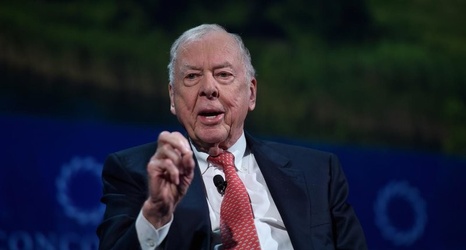 Pickens graduated from Oklahoma State in 1954 before amassing a fortune in the oil and energy sector. The Dallas native spent much of the 21st century donating to his alma matter, with donations totaling $652 million, per his website.

Oklahoma State played at Lewis Field from 1920-2003, but the facility was renamed Boone Pickens Stadium in 2003 after the university broke ground on a $260 million upgrade largely funded by Pickens.

Pickens posted an annual letter to the Oklahoma State fan base on his website on Aug.