Ohio State's Attempt to Trademark 'THE' Was Refused, Thankfully 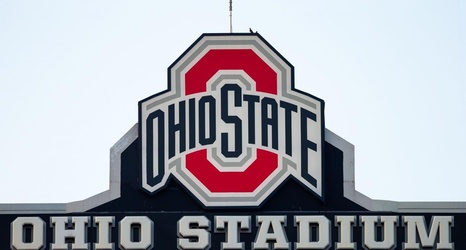 We should all send thank you letters to the U.S. Patent and Trademark Office for doing the right thing and stopping Ohio State in its tracks with its ridiculous plan.

That plan was to trademark the word "The," as in The Ohio State University. The school wanted to put the three-letter word on apparel for sale.

According to Darren Rovell of the Action Sports Network, the trademark office refused Ohio State's obnoxious application. Hopefully, that will be the end of this foolishness. Buckeyes will still run around making sure the rest of us know the official name of their school is The Ohio State University, but they won't have a trademark on the most common word in the English language.