No drama at the top, but maybe some at No. 5. Predicting the College Football Playoff rankings 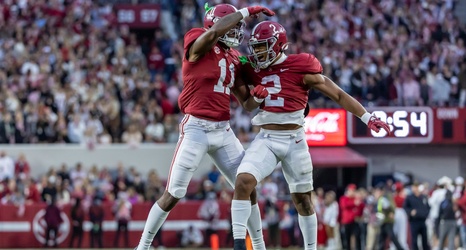 As promised, the College Football Playoff chase has nearly been decided on the field.

With just one weekend left before the end of the regular season, the selection committee will be able to write in an obvious top four in Tuesday's rankings. Michigan's win against Ohio State opened up a spot for Southern California, which can secure an unexpected playoff bid by beating Utah for the Pac-12 championship.

There is a surprisingly small amount of debate at the top of the rankings, matching the small number of games remaining on the schedule.

As one example, Ohio State is likely to land at No.