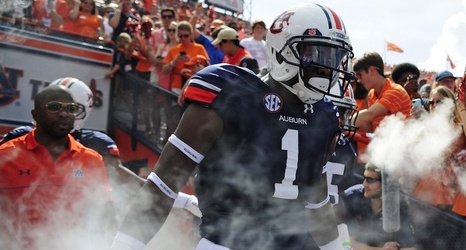 Auburn University officially dismissed wide receiver Duke Williams on Monday following reports that he was involved in a bar fight.

Now, the ABC Affiliate of Montgomery, Al. is reporting that the patron punched was Duke Williams’ own teammate Xavier Dampeer, the Tigers center. Dampeer was hospitalized for his injury but has since been treated and released.

Coach Gus Malzahn was asked if any other players were involved in the incident but refused to spare any more details of this ordeal.