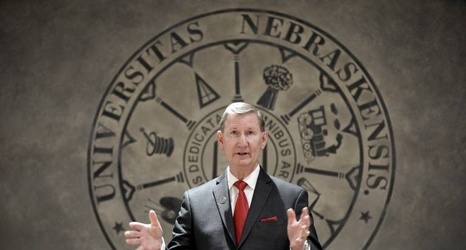 University of Nebraska President Ted Carter said Tuesday during a conversation picked up by a hot mic prior to a news conference that there are plans to announce the return of Big Ten football Tuesday night.

Heard on a hot mic from our sister station @KETV, Nebraska President Ted Carter says the Big Ten is planning to announce the return of football tonight: https://t.co/veWhoQ0uOb