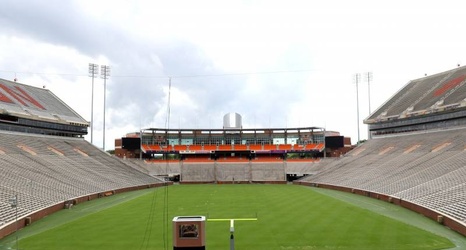 The NCAA Football Oversight Committee has recommended that college football coaches begin working with players July 13 amid a restructured preseason schedule due to the COVID-19 pandemic, per Pete Thamel of Yahoo Sports.

The date would be moved up to July 6 for teams whose seasons are scheduled to begin in "Week 0" on August 29, including opponents California and UNLV, among others.

Those sessions beginning July 6 or 13 would consist of strength and conditioning workouts and film study and can be held up to eight hours per week.

On July 24, teams may begin holding a transitional form of practice that has" been discussed by the group as being comparable to NFL OTAs, as they'd include walkthroughs and a ball," per Thamel.