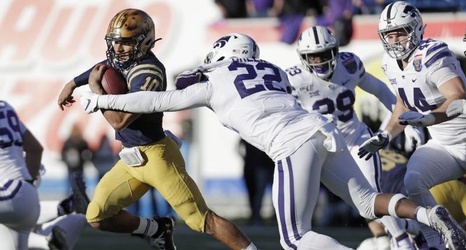 The No. 23 Navy Midshipmen matched a program record Tuesday by securing their 11th win of the season with a 20-17 victory over the Kansas State Wildcats in the 2019 Liberty Bowl at Liberty Bowl Memorial Stadium in Memphis, Tennessee.

NAVY PULLS OUT THE TRICK PLAY TO SET UP THE GO AHEAD FG! ud83dude31 https://t.co/tl8M1VhgWp

Navy, which also won 11 games in 2015, bounced back from its first losing season since 2011 last year to put together one of the best campaigns in the program's storied history capped by beating rival Army and the bowl triumph.