Minnesota's Rashod Bateman Wants to Play Despite Opting Out, Signing with Agent 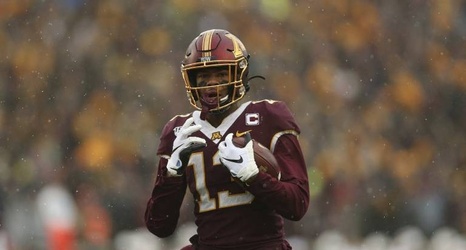 University of Minnesota wide receiver Rashod Bateman has reportedly had a change of heart after opting out of the 2020 college football season.

According to Pete Thamel of Yahoo Sports, Bateman now wants to play despite the fact that he opted out and hired an agent. He is currently on campus and enrolled as a full-time student.

Thamel added that Bateman and other players in similar situations will need clearance from the NCAA to play in 2020.

After initially voting against playing in the fall, the Big Ten held another vote this week and reversed course, meaning its season will now begin Oct.