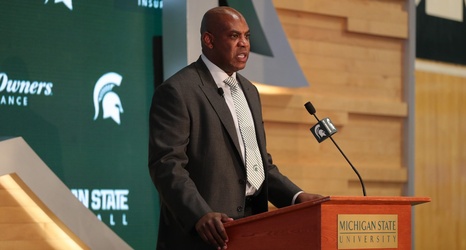 EAST LANSING, Mich. — Michigan State gave new football coach Mel Tucker a significant pay raise from his job at Colorado – and a much bigger salary than his predecessor, Mark Dantonio.

Tucker’s contract, which the university released Thursday afternoon, will bring him at least $5.5 million annually over his six-year contract, more than $1 million over Dantonio’s $4.3 million deal he had before he retired Feb. 4.

The raises moves Tucker just outside the top 10 among college football coaches in the Football Bowl Subdivision in total pay and fourth in the Big Ten based on the 2019 USA TODAY coaches salary database.