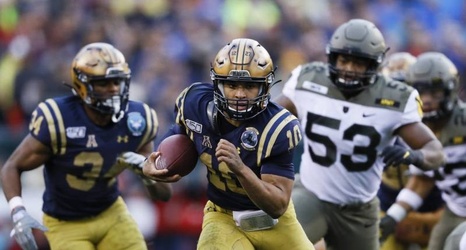 Malcolm Perry's phenomenal record-breaking day and a successful Philly Special in the home of the NFL team that made the trick play famous catapulted No. 23 Navy to a 31-7 win over Army West Point on Saturday in Philadelphia's Lincoln Financial Field.

The Midshipmen broke a streak of three straight Black Knight wins in the Army-Navy game. Navy leads the all-time series 61-52-7.

Among other records, Perry broke the series' single-game Army-Navy mark for rushing yards with 304 on just 29 carries. He also added two touchdowns, including one from 55 yards in the second quarter.