LSU's Ed Orgeron: The imperfect son who delivered perfection for a state 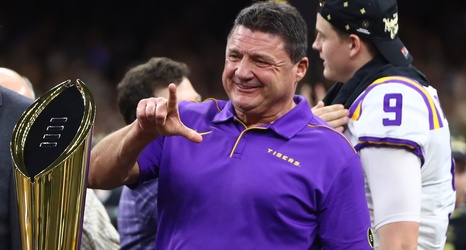 NEW ORLEANS — Sitting in a wheelchair outside the LSU locker room Monday night, Cornelia “Coco” Orgeron waited patiently to see the man of the hour – her son, Ed, the head coach of LSU.

It was going to be a long wait. Cigars were being passed around the loud steamy room inside after LSU won the College Football Playoff national championship by beating Clemson, 42-25.

Ed was giving a speech to the team:

“It was hard to hear him,” LSU center Lloyd Cushenberry said.

But the message was pretty simple, according to Cushenberry.