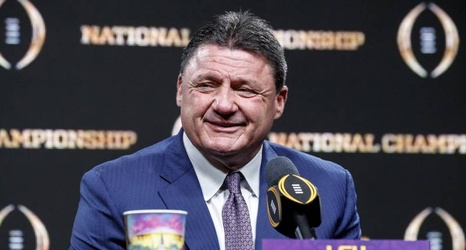 According to USA Today's Steve Berkowitz, Orgeron earned $1.775 million from the Tigers' playoff run, which culminated in a 42-25 win over Clemson on Monday night. Oregon's Mario Cristobal was the next-highest earner, making $1.175 million after the Ducks beat Wisconsin in the Rose Bowl.