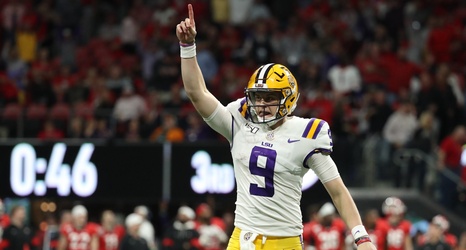 NEW YORK — LSU quarterback Joe Burrow has won the 2019 Heisman Trophy in a landslide rivaling the largest margins in the award's history, cementing his place in program and SEC lore after one of the most impressive seasons by a passer in the history of the sport.