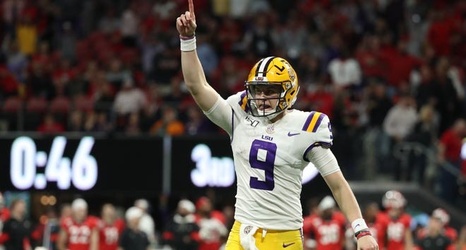 NEW YORK — LSU quarterback Joe Burrow has won the 2019 Heisman Trophy, cementing his place in program and SEC lore after one of the most impressive seasons by a passer in the history of the sport.

Burrow's Heisman win has been a foregone conclusion since early November, when he keyed LSU's 46-41 win at rival Alabama — the Tigers' first win in the series since 2011 — by completing 31 of 39 attempts for 393 yards and three touchdowns without an interception. He only broadened his lead in the weeks since, capping the Tigers' unbeaten season with another four touchdowns against Georgia in the SEC championship game.