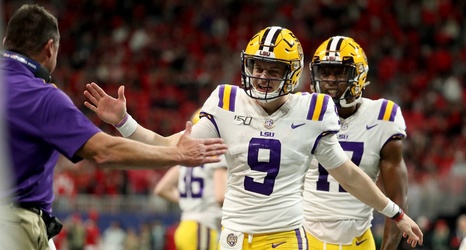 ATLANTA — The Southeastern Conference title game was less than three minutes old when the Louisiana State offense stormed onto the turf and started a pair of closing arguments on Saturday. One was to demand the College Football Playoff’s top ranking. The other was for the Tigers’ quarterback, Joe Burrow, to win the Heisman Trophy.

The first possession against No. 4 Georgia swiftly set a course that could ultimately see L.S.U. prevail on both fronts: The nation’s second-ranked team scored with ease on a drive in which Burrow both set a conference record for passing touchdowns in a season and unexpectedly wound up as a receiver himself.