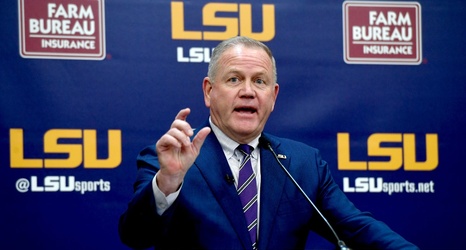 Kelly said a lawsuit has not been filed against Wilson and that his status as an assistant coach on the team has not changed. Wilson is LSU's running backs coach and associate head coach.

"We consider those (allegations) as being egregious and simply allegations that were unfounded," Kelly said. "It does not affect Frank Wilson and the person that we know and we stand behind him firmly as a member of our staff.