LSU finishes at No. 1 in Amway Coaches Poll followed by Clemson, Ohio State 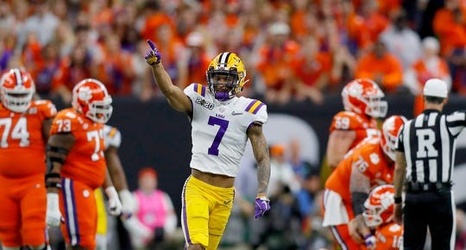 LSU will officially conclude its season for the ages atop the final Amway Coaches Poll. In what was largely a formality, the Tigers were the unanimous choice for No. 1 after dethroning defending champ Clemson, led by yet another unforgettable performance by Heisman winner Joe Burrow.

Clemson, meanwhile, will conclude the campaign at No. 2 following their lone loss of the season. Ohio State finishes third after coming up short against Clemson in the Fiesta Bowl semifinal for its only setback.

Those were the easy decisions for the voters. The real suspense from the poll was how the coaches would rank other postseason winners and losers.