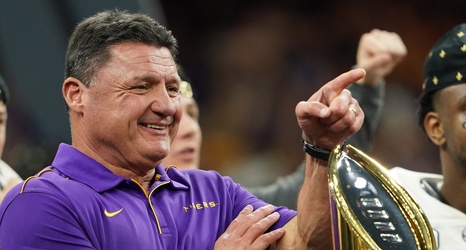 The LSU football team got an early start on catching COVID-19 with as many 30 players quarantined in June because of the virus.

And now, the team may be reaping the benefits of that initial spike as most of the roster has already had it, Tigers coach Ed Orgeron said on a teleconference Tuesday.

A report last month said all but four LSU offensive lineman either tested positive or were in quarantine due to concerns about the coronavirus.