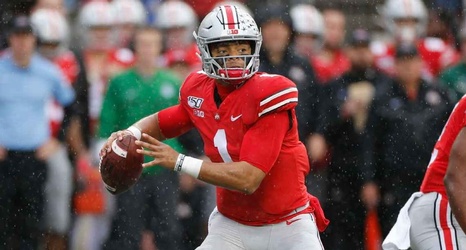 College football's one-loss club is about to get more popular.

Week 11 is highlighted by two games featuring two 8-0 teams: Penn State at Minnesota and LSU at Alabama. A loss won't eliminate anybody, as 14 of the past 20 teams to reach the College Football Playoff have had a loss, but the picture will change based on who loses, and possibly how they lost.

Now that the CFP rankings have begun, and we have an idea of where the teams and conferences stand in the eyes of the committee members, here's a look at the playoff paths for the seven remaining undefeated teams, and the top four one-loss Power 5 teams, ranked in order of the first CFP Top 25: