Lincoln Riley on his Oklahoma exit, the appeal of USC in college football's changing landscape 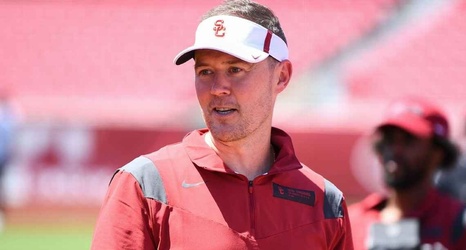 LOS ANGELES -- Lincoln Riley's meteoric rise has been a bit surreal, even for Riley himself.

Not even 10 years ago, he was living in Greenville, North Carolina, and working as East Carolina's offensive coordinator. Fast forward to now, and the 38-year-old Riley makes his home in Hollywood (Palos Verdes, to be exact) and is entering his first year as head coach at USC, one of the most tradition-rich programs in college football and yet one of the more underachieving teams for much of the past decade.

That's why Riley is USC's fourth head coach in the past 10 years and at least part of the reason he left another Rolls-Royce of college football, Oklahoma, to take on the challenge of restoring the Trojans to their past glory.