Justin Herbert Knows What the Scouts Think, and He's Ready to Answer Them 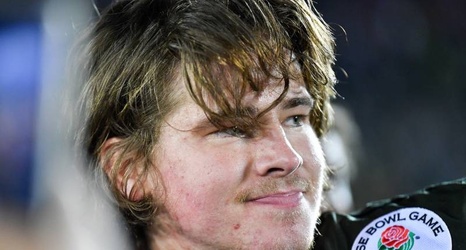 In the midst of contemplating his son's ascension into one of the most gifted and polarizing NFL quarterback prospects in recent years, a memory drifts into Mark Herbert's head. It goes back to the time when his son Justin was in middle school, and Mark was coaching his youth football team. They'd won every game they played up to that point, but they trailed late in this one. Mark gathered Justin, looked him in the eyes and said, "It's time for you to lead this team and win this game."

But as Justin led his team on what should have been a prophetic game-winning drive, the end proved deflating.