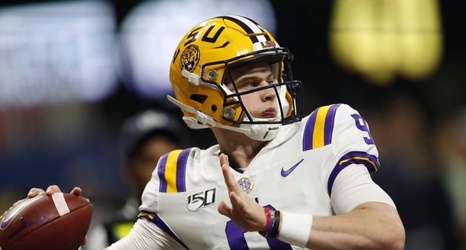 LSU's Joe Burrow is your 2019 Heisman winner, and it wasn't even close.

In fact, with 93.8 percent of possible votes, per ESPN's broadcast, it was the most lopsided "race" in Heisman history. The previous record belonged to Ohio State's Troy Smith, who got 91.6 percent of the vote in 2006.

In virtually any other season, either one of those quarterbacks would have been the runaway favorite for the sport's most prestigious honor.